He has been swimming for as long as he can remember. One can say that having a coach father and living next to the beach in Gdynia meant he had no choice. He started his official adventure with sailing in 1985 at the Yacht Club Stal Gdynia in the Optimist class. A year later, as the youngest participant, he took part in the regatta for the Gdynia City Cup. In 1994 he was appointed to the national team as the youngest participant in the history of the Polish Yachting Association.

In 1994 he represented Poland as the youngest participant of a sailing competition in history, being almost 11 years old.

Helmsman of the Delphia’s Sailing Team crew. The only Pole with a license in the World Match Racing Tour in the M32 class (catamaran).

Completely devoted to his passion. In his spare time, he likes active leisure, especially cycling or archery. Sometimes he also finds a moment to relax with a glass of good wine. 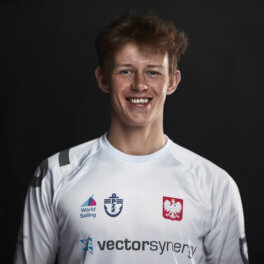 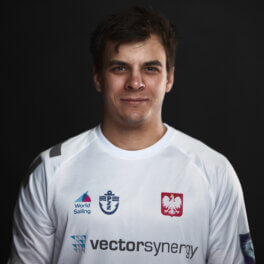 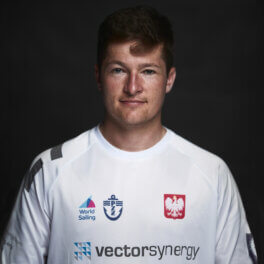 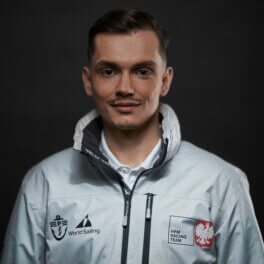